Over the past ten years, the gaming industry has changed drastically.  Although more women are working in the gaming world, the number of women in the development of games or (devs) is still meager as compared to the number of men in developer roles.  Gaming developers are responsible for creating the virtual worlds within games.  As compared to ten years ago, the number of women in the gaming industry has only slightly increased; however, there has been no significant change to the amount of women coding, script writing, and graphics development. Why do women in gaming primarily hold positions in administration, management, and advertising, when women have the creativity and technological attributes that could significantly contribute to the development of games?

Facts about the gaming industry:

• Although women are in managerial roles, these are still considered junior levels of management.
• Women holding junior management roles do not get to participant in hands-on development by contributing to programming or artistry 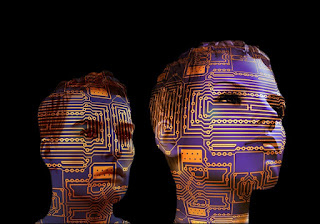 What do men think of women in the gaming industry?

Researcher Haines (2004) explained that men welcome a woman’s perspective in the gaming world.  Considering that the gaming world is primarily male-dominated research indicates that men are eager to have a balanced and improved work environment.  Research shows that girls and women participate in games.  Being male-dominated industry women are paid less, work more hours, and are subjected to sexism within their work environment.

Boys versus girls in the gaming world

Historically boys log more gaming hours than girls do. However, Haines (2004) indicated that girls primarily play mobile games: online interactive games such as classic console games or games that consist of higher social content offered by Xbox live. Boys tend to play more violent and action games than girls. Portrayed as technical and scientific to most girls. It makes sense that women would not necessarily want to develop a game that they would not want to play however as Haines (2004) explained, men are accepting to a women’s perspective of violent games. However, in other ways, this concept has turned girls off of gaming and the development of a new game.

Reported facts about women in the gaming world


•    Women and girls are interested in technology, gaming, and development of these games


•    Women want to be treated with respect in the workplace


•    Talented women are overlooked due to the male-dominated workforce


How can girls and women get more involved and be successful in the gaming industry?

Girls who currently enjoy gaming, technology, and techie world today should pursue further education in this field.  This step will increase the number of women within the science of information technology, therefore, leading to more women in the gaming world.  Second, women currently in these programs should pursue the spotlight in the gaming world.  For example, talented and educated women are worth the same amount of money as men are this should be visible in the gaming industry.  Finally, women should demand a more comfortable environment to work in this could be outlawing offensive behaviors and encouraging creativity or merely having a better networking and mentoring option.  By taking these steps, women could change the gaming industry in a feminine yet positive way.

Just how would games today be changed if more girls and women were involved in their development process?

Recent technology improvements have made information technology subject more geeky and scientific as compared to earlier techno gadgets.  This has inspired women to get more involved in the gaming industry.  For example, due to the increase in mobile gaming and marketing women have been operating several online businesses.  By offering mobile games targeting girls and women, online games and interactive TV women are changing the gaming industry.

October 18, 2018
Cyberbullying on Social Media How does it affect Teens Today?Teens have the world at their fingertips if they own a mobile device or computer. In a matter of seconds, teens can be connected to someone from another country, stream live footage of their family, update their status with location and post pictures of themselves for the world to see.Teens now have the ability to interact with people from across the globe and across the classroom with the power of their mobile device.
Post a Comment
Read more

March 09, 2019
Welcome to 2019!
Now that we are in the third month of the new year I assume all the children have had time to get a good grasp of their latest handheld device or console. I just finished a book by Larry Rosen IDisorder. Dr. Rosen has conducted several research studies on the topic of media and device usage among teens and young adults. Although this read is not for everyone, I did find his research, and recommendations very interesting.

Dr. Rosen does not go into great detail on how to keep children safe online but how parents can promote a healthy technological life for you and your children. In other words, technology is everywhere and will be in even more places as technology advances. What if you and your family sat down for a scheduled meal in the evening and your family was able to carry on a conversation for 1 hour without handheld devices or mobile phones.

The common problem with technology is that it is very, very, difficult to set aside for any amount of time.Rosen (2012) …
Post a Comment
Read more